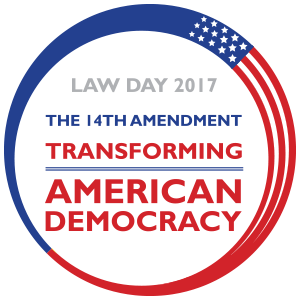 Representative John Bingham of Ohio, who Justice Hugo Black called “the Madison … of the Fourteenth Amendment,” wrote the text of Section One of the Fourteenth Amendment. This section includes the due process, equal protection, and citizenship clauses, which, today, are at the heart of many of the most important U.S. constitutional protections. Bingham’s use of “privileges or immunities” is explicitly drawn from the language of Dred Scott (Scott v. Sandford, 60 U.S. 393 (1857)) and is intended to fundamentally reject the case.

The 14th Amendment covers a number of important topics in its different clauses, including:

The Fourteenth Amendment greatly expanded the protection of civil rights to all Americans and is cited in more litigation than any other amendment. Through a doctrine known as incorporation, it is the reason that many of the protections of the Bill of Rights have been applied to shield us against state action. Previously, those rights were only enforced against the federal government. Given that most of the law enforcement in this country is done at the state and local level, the importance of having constitutional protections applicable to those proceedings cannot be overstated. Without incorporation, Miranda warnings would not have to be administered by local police, the First Amendment would not stop states from restricting free speech, and an individual would have no Sixth Amendment right to counsel in a state proceeding.

The Fourteenth Amendment has also been the basis for the recognition of certain fundamental rights, including the right to privacy and the right to marry. Many of the laws that resulted from the Civil Rights Movement of the 1950s and 1960s found their support and inspiration in this amendment. It has also served as the basis for such key Supreme Court cases as Brown v. Board of Education (barring racial segregation in education) and Loving v. Virginia (striking down laws against interracial marriage), just to name a couple. Rarely, if ever, does a Supreme Court term go by without some major decision grounded in Fourteenth Amendment principles.